eNaira portal link is www.enaira.com. If you have not logged in to the portal yet, you still have a chance to do so. Simply login to eNaira dashboard with your information.

The apex bank, in a new website designed for the digital currency, described eNaira as a CBN-issued digital currency that provides a unique features to citizens.
READ: How to Fund eNaira Wallet on Portal Dashboard / Mobile App

The first step is to visit https://enaira.com. You can now login to www.enaira.com/Login.

What is eNaira?
eNaira is a central bank digital currency (CBDC) issued by the Central Bank of Nigeria as a legal tender. It is the digital form of the Naira and will be used just like cash.
What is an eNaira Wallet?
The eNaira wallet is a digital storage that holds the eNaira. It is held and managed on a distributed ledger. The eNaira wallet is required to access, hold and use eNaira.
What makes eNaira different from the money in my bank account?
eNaira is the digital form of the cash and is a direct liability on the Central Bank of Nigeria while the customer deposits are direct liabilities on the financial institutions.
In a typical transaction, what is the difference between an online bank transaction and eNaira wallet?
There are intermediaries for the typical online bank transactions, whereas for eNaira transactions, there are no intermediaries.
What are the benefits of using the eNaira?
The benefits of the eNaira are:
What is the primary role of the CBN with respect to eNaira?
In line with Section 2 of the CBN Act 2007, the CBN is the issuing authority of all forms of Naira. The Central bank will also be responsible for determining the technical, regulatory and operational standards for eNaira.
Will eNaira replace cash?
No, it will circulate alongside cash. The eNaira will complement cash as a less costly, more efficient, generally accepted, safe, and trusted means of payment.
Is eNaira Safe to use?
eNaira is safe and secured with cryptographic techniques against counterfeiting, cloning, and other forms of attack.
As an eNaira holder, am I assured of data privacy?
Yes. Similar to the privacy enjoyed by current online banking patrons, the eNaira system has been designed to ensure data and user privacy. There are also operational policies and procedures in place to protect users’ identity and privacy.
Who can access eNaira?
Similar to cash, any person or business can have access to eNaira as long as they have the requirements for onboarding.
What is the exchange rate between eNaira and physical naira?
The eNaira will have the same value as the physical naira. As such, it will be exchanged one to one.
Why should an individual download and fund the eNaira wallet?
Why should a business/corporate operate the eNaira wallet?
How do I access the eNaira?

eNaira: Five things Nigerians can do on the new website

Developed by Barbados-based fintech company Bitt Inc., eNaira is a legal tender just like the naira. According to the apex bank, it must be accepted by all merchants and business outlets as a form of payment in Nigeria.

A welcome note on the website describes the eNaira as a “Central Bank of Nigeria-issued digital currency that provides a unique form of money denominated in Naira.”

The eNaira app (termed “Speed”) can be downloaded from either the Google PlayStore, Apple App Store, or by scanning a QR code on the website. The app is expected to be available for download from October 1, 2021, and will serve as the official wallet for smartphone users.

eNaira users will be able to fund and manage funds in their wallets on the website once the digital currency is officially rolled out on October 1. According to information on the platform, the wallet offers a “great way of making purchases with retailers on-site, transferring or sending money”. The e-wallet can also be linked to bank accounts and used for pay-as-you-go services.

The community is a social hub where, according to a note on the website, eNaira users across the globe can connect with one another, share their experiences using the digital currency, offer as well as request help.

There are four community rooms, each designed to host conversations about eNaira regulations, merchants, wallet, and registrations. Nigerians who are interested in joining the community can sign up using their email addresses.

How to Confirm Your Npower NASIMS Batch C (Stream 1) Selection

4. Stay up to date with news on CBDCs

The news hub on the website curates content relating to the eNaira and other Central Bank Digital Currencies (CBDCs) across the world for users to stay updated with relevant developments on official digital currencies.

“CBDCs are being developed all over the world for differing national objectives. Being an eNaira user naturally transports you to the world of CBDCs and this space is your guide to that world,” a note on the website reads.

Nigerians who choose to put their experiences with the eNaira in writing or want to share important insights can reach out to the authorities and have their feedback published on the Insights/Users Speak page of the website.

The eNaira website is loaded with very important information and instructions as well as answers to potential questions in the FAQ section. It’s generally a good foundation to build on, ahead of the official launch of the digital currency on Friday. 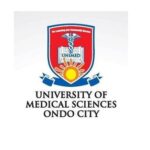