Ikhine made the promise while interacting with his supporters and journalists on Friday in Benin.

He said successive governments in the state had failed to provide affordable shelter for the people despite all the Internally Generated Revenue (IGR) and allocations from the Federation Account accruing to it.

“If elected governor, I will ensure that I provide affordable housing which is one of the basic needs of life for the people.

“I will also ensure that I provide security in the state so that our farmers can go to their farms without fear of being killed by herders,” he said.

According to him, although the incumbent All Progressives Congress administration of Gov.Godwin Obaseki has been able to “sanitize the corridor of power,” the basic needs of life are still lacking in the state.

Ikhine further said that Edo did not have to depend on allocations from the federation account with all the natural resources it had.

“Having toured all the nooks and crannies of the state, I have come to realize that resources abound in Edo waiting to be tapped,” he added.

According to the PDP aspirant, past and present administrations in the state had displayed a lack of knowledge on how to turn things around for the people. 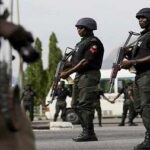 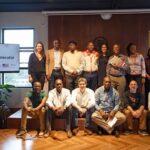