APC Recommends Gov Obaseki and Two Others for Expulsion: The factional camp of All Progressives Congress (APC) in Edo has recommended Governor Godwin Obaseki and two other party chieftains for expulsion over alleged anti-party activities.

It asked the Comrade Adams Oshiomhole-led National Working Committee (NWC) to expel Obaseki, who was recently disqualified from the primaries of the party and factional chairman of Edo APC Anselm Ojezua and Organizing Secretary of APC Dr. Aisosa Amadasun.

The Col David Imuse-led faction told reporters on Sunday the alleged anti-party activities would no longer be condoned.

It said: “Obaseki, Ojezua and some other persons have gone to court, in violation of Article 21, Sub-section D5 of the APC’s Constitution in many court cases at the Edo State High Court and the Federal High Court.

“They have shopped for injunctions and rulings to circumvent the processes of law and the provisions of our party’s constitution, in defiance of democratic norms.

“In the light of this, the State Working Committee (SWC) of APC in Edo State has recommended to the NWC that the following persons: Godwin Obaseki, Anselm Ojezua and Dr. Aisosa Amadasun, be expelled from the party, for violating the provisions of our constitution.

“It should be stressed that after the bitter experience of losing the governorship of Bayelsa State in the court, after a well-deserved victory in the election, it will be foolhardy to allow a candidate with dodgy and faulty academic credentials to fly our party’s flag in the September 19 poll.

Even the Holy Book admonishes us that affliction shall not arise a second time. Wisdom profits to direct.

We wish to appreciate members of the APC in Edo State for their resolute determination to uphold the mantra of our party, especially in the face of the oppressive and draconian administration of Obaseki in the last three and a half years.

Our consolation is that the screening committee has given us hope that there is light at the end of the tunnel.”

READ ALSO: Izuogu: Kingibe Offered Me Secretary to Govt to Work Against Abiola

Reacting, Ojezua told The Nation on phone that Imuse and his “co-travellers” are mischievous and ignorant.

The pro-Obaseki chairman of Edo APC said: “Imuse is an impostor. He has no basis to speak on behalf of Edo State APC.

He simply displayed mischief and ignorance. Everything he said is of no effect and it should be ignored.

Imuse is the subject of contempt proceedings which I initiated and which I will pursue to a logical conclusion. Right-thinking members of the public should disregard the lies of drowning Imuse and his confused supporters. 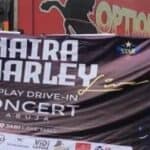 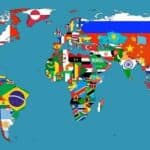